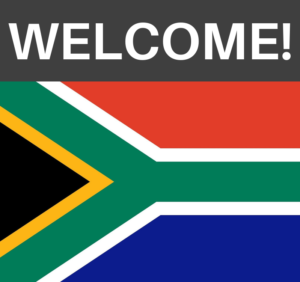 In 2015, Home Affairs legislated that foreign children travelling to South Africa must do so with the consent of both parents.

On Tuesday, 25 September 2018, Minister of Home Affairs, Mr. Malusi Gigaba, announced the Department’s intention to relax these and other visa regulations in a bid to attract more visitors to South Africa.

The Department of Home Affairs plans on simplifying the travel requirements for minors crossing South Africa’s borders. The Department has committed to issuing an international travel advisory before the end of October this year.

As announced by Mr. Gigaba:

“The key changes will be that rather than requiring all foreign national travelling minors to carry documentation proving parental consent for the minor to travel, we will rather strongly recommend that travelers carry this documentation”.

Home Affairs wants to minimize disruption to legitimate travelers without compromising the safety of minors and the rights of parents.

To this end, immigration officials will only insist on documentation by exception, in cases considered to be high risk, rather than for all travelers. This is in line with practices by several other countries.

Rather than denying entry into South Africa where documentation is absent, travelers will be given the opportunity to prove parental consent.

When will these changes take effect? According to Mr. Gigaba, these regulation changes will be implemented in time for the festive season.

South Africa already waives visas to a number of countries, but now Home Affairs is negotiating to add even more countries to the list:

Simplified travel for visitors from China and India

Further to the regulations already mentioned, Home Affairs is making it simpler for visitors from China and India to visit South Africa.

Visitors from these countries will be able to:

Home Affairs has also decided to issue a 10-year multiple entry visa, which will be issued within 5 days of application, to business people and prospective investors from China and India. The Department hope this will attract more investment into South Africa.

As with ordinary visitors, business visitors won’t have to apply in person and will be able use courier services instead.

When will these changes come into effect? Home Affairs is still negotiating the visa waivers. However, the changes for India and China should be in place in October this year.

What’s the reason for these regulation changes?

Home Affairs received a lot of criticism when the regulations for minors were changed in 2015. Their biggest critics came from the tourism industry, who said that the new laws will negatively affect tourism.

An Inter-Ministerial Committee on Immigration Regulations addressed the concerns and made recommendations to government.

The amendments announced on Tuesday are in line with these recommendations.

Mr. Gigaba said that Home Affairs “is committed to managing immigration in a way which advances our national development, security as well as our international obligations.”

He elaborated on this by saying “We play a critical economic role in admitting over 10 million international visitors to South Africa annually…and are committed to playing an active part in efforts to continue to increase these numbers of regular visitors to our country.”

Keep up to date with developments